Last month, a group of predominantly British architecture studios penned an open letter to Autodesk criticising its poor performance over recent years. The group, including Zaha Hadid Architects, Grimshaw, Rogers Stirk Harbour and Partners and other prominent studios, condemned the increasing cost of ownership of Revit, its constantly changing licensing arrangements, and failure to keep pace with product development.[1]

I didn’t pay much attention at first. Our studio doesn’t use Revit, open letters always strike me as the Chihuahua of lobbying activities (all bark, no bite) and frankly the world has bigger problems on its hands right now.

But my interest was piqued last week when Andrew Anagnost, the CEO of Autodesk, responded with a blog post comprising equal parts apology and rebuttal.

The apology is almost instantly forgettable: platitudes on product development, proclamations of customer care, promises to do better. Classic corporate speak. In contrast, the rebuttal is much more exciting. Most memorably it includes the rather snarky claim that for the seventeen original signatories to the open letter, annual Revit licensing fees represented just 0.63% of their 2019 revenues.[2]

This claim instantly struck me as dubious:

It turns out my suspicions were correct, because in 2019 ZHA actually generated revenue of only £56m.[5] Surely Anagnost got his decimal point in the wrong place, but even if he did my guess is it wouldn’t have altered his essential conclusion that Autodesk software does not represent a substantial cost for architecture businesses.

Now I should point out that while I’m hardly rooting for Autodesk, I’m not necessarily cheering on ZHA and co. either. Yes, architects are my people, but it’s famously hypocritical of Patrick Schumacher to complain about the cost of software while simultaneously championing unpaid architecture internships.[6] Indeed, the seventeen signatories to the open letter are all Big Business and I am sure perfectly capable of negotiating some sort of enterprise bargain with Autodesk.

For my analysis, I’m going to use a fictitious architecture business called Architects McArchitectsFace. This very serious business employs five people and enjoys annual revenue of $650,000.[7] It comprises a sole director and four architects, each of whom uses every software service to which the business subscribes (i.e. they require five licenses for everything). It pays for real software packages at current prices.

First up, here’s the software list to which Architects McArchitectsFace subscribes:

And here is its annual software bill (in Australian dollars): 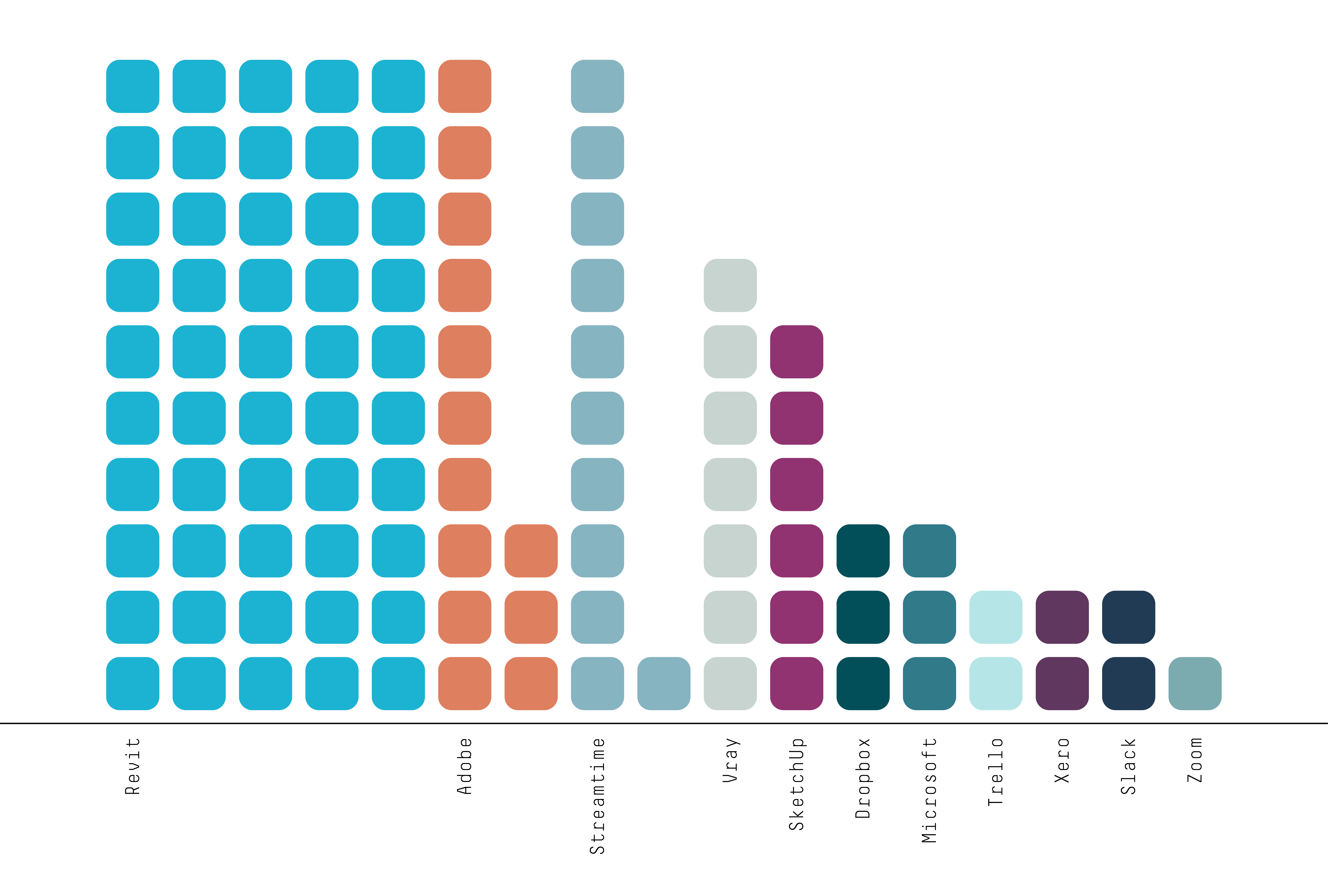 Thus, I argue that software does indeed account for a substantial portion of the revenue of a small architecture business. And perhaps as well it should. The packages listed above drive a large chunk of an architecture business’s daily activities, from design and documentation to communication, accounting and file management. These things are just as important as the benefits obtained from paying for rent or office equipment or insurance. Which for Architects McArchitectsFace aren’t as expensive as its software:

But regardless, perhaps most poignant is that Mr. Anagnost’s software on its own equals the cost of all the other software packages combined. It turns out that Revit is in fact really expensive. And it turns out that on this issue at least, I’m with Schumacher and his mates after all.

16 thoughts on “The cost of Revit”