Albert Mo of Architects EAT has observed that all businesses are beasts. A small architecture practice needs very little sustenance to get by, while a medium-sized practice, with around 20 employees on board, can easily have a hundred thousand dollars in salaries to cover each month, plus overheads and profit. A constant parade of new projects is required to keep such a beast fed.

The Mihaly Slocombe beast is tiny, but even it still needs to eat. I would love for us to have the luxury to pick and choose our clients, but in five years we’ve only declined 4 project leads. Perhaps one day we’ll be sufficiently established to be more choosy.

The analogy of the pet crocodile 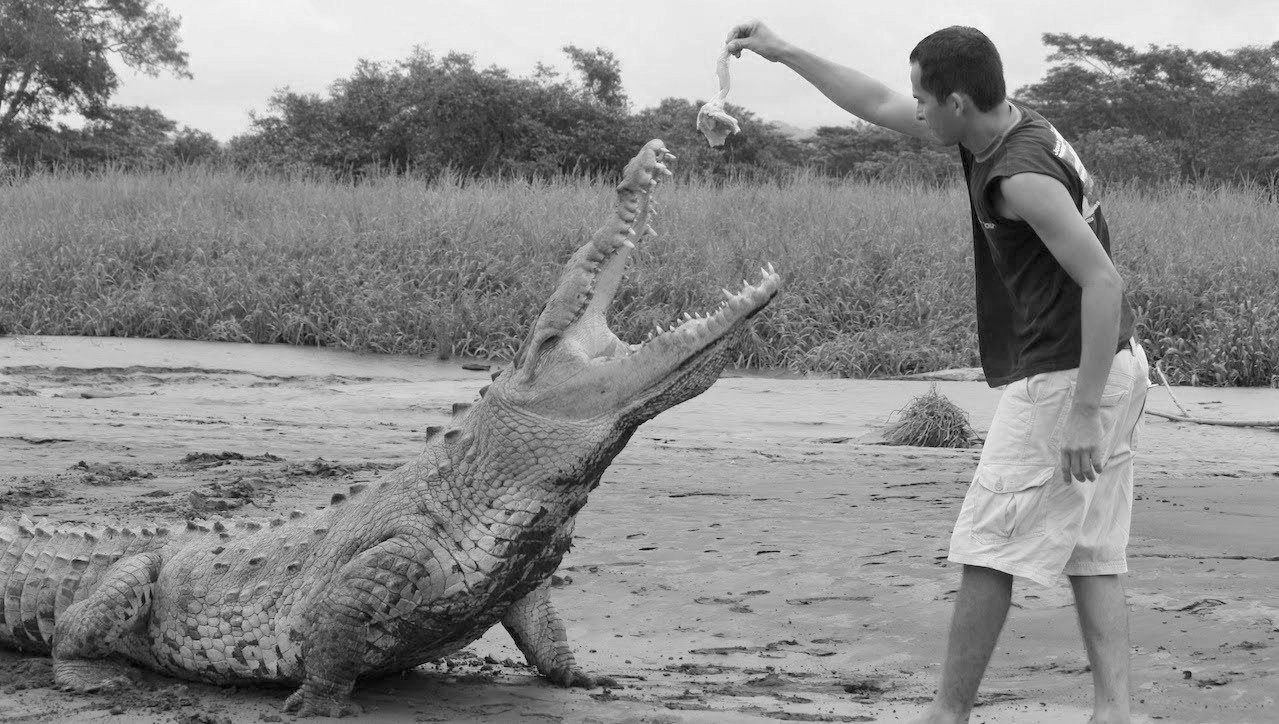 The king of all beasts is indisputably the crocodile. Anyone foolish enough to own one lives a precarious life. His pet is not a fussy eater – chicken and fish scraps will do – but forgetting to feed it might land him on the menu. Fortunately, a crocodile only needs to eat once every week or so, and much less regularly during colder months. A crocodile is also a lazy predator, preferring to lie in ambush for its prey than actively hunt.

Thus the crocodile and the crocodile owner exist in an uneasy truce: as long as the weak-bodied owner keeps the chicken scraps coming, the lazy crocodile won’t use the strongest jaws in the business to convert him into dinner.

Running an architecture practice is much like owning a crocodile. It’s a touch less dangerous, but much more demanding. In place of chicken scraps, it feeds on expensive building projects commissioned by a very limited pool of clients. It needs to eat regularly and consistently, all year round. And when the incoming flow of money is interrupted, it turns nasty in the blink of an eye.

So the architecture practice needs a reliable supply of both commissions and work to do on them. In my experience, managing this supply is especially important for small businesses. Our margins are tight and we have very little buffer. We need to be constantly vigilant to ensure two things:

In other words, we need to send out enough invoices to cover our known costs each month, as well as the unknown costs that will present themselves in the future.

In this endeavour, I am greatly influenced by Jeremy Wolveridge of Wolveridge Architects, who offered an unusual answer to the question, why get into practice? He dismissed authorship and autonomy (the most commonly cited reasons) as prosaic: “Of course authorship and autonomy are important, but they don’t justify all the headaches that come with running a business. I got into practice so I can go on a long holiday with my family every year.”

This is the essence of the crocodile analogy:

A simple idea for crocodiles that turns out to be not so simple for architecture practices.

During the first few years of Mihaly Slocombe, we had no conception of long term goals or the future financial state of our business. We would arrive at the end of each month and work out how much we would be able to invoice. It was a bit like a lottery, and not often successful. In our first year of operation, our highest monthly income was 227% of our average. And our lowest monthly income was zero. In fact, we weren’t able to invoice a cent for three separate months. 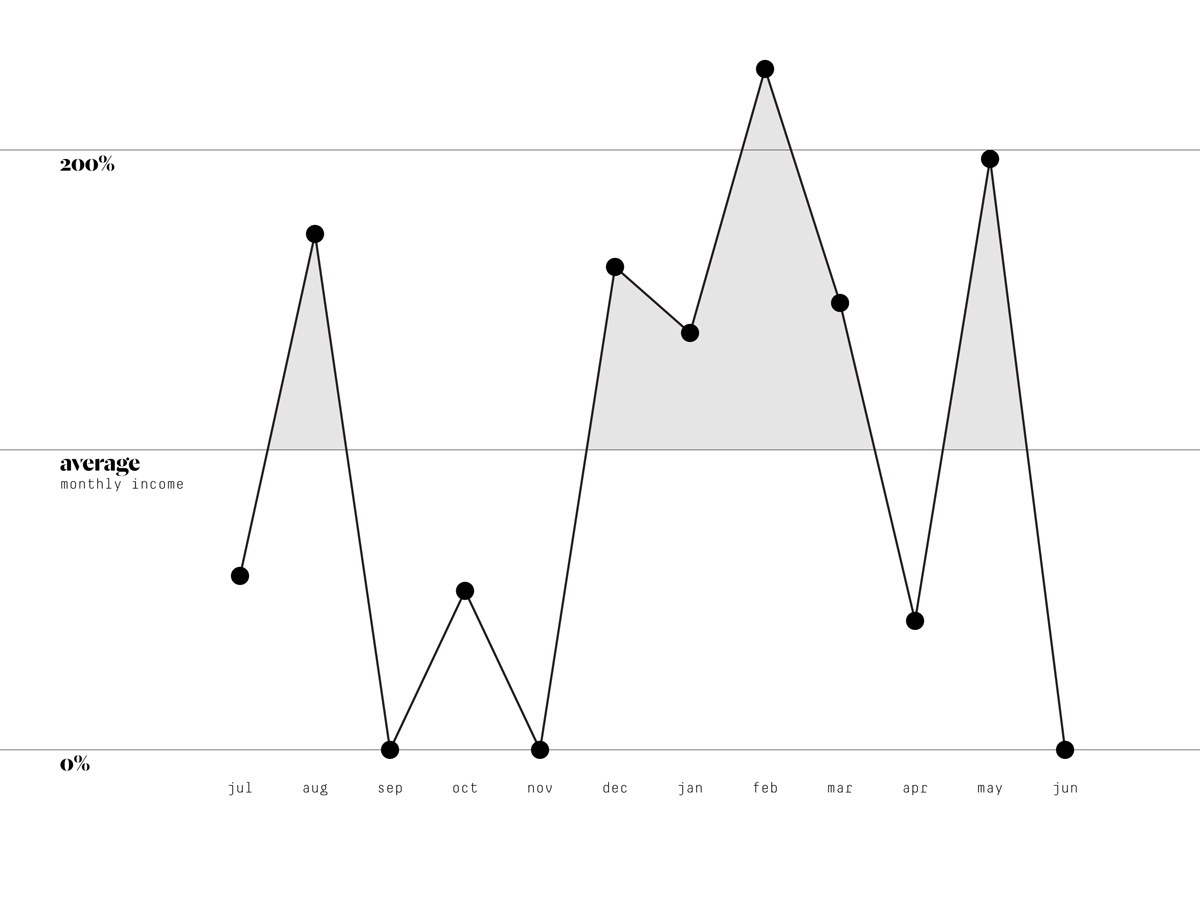 Wolveridge’s insight gave us an alternative approach. The method he uses to achieve his financial goals is now our method:

The months following the implementation of our new approach were still a bit rocky. We had a bad month followed by a couple of good ones followed by another bad one. But by the end of the year, we had boosted our average monthly income by a huge amount and had also flattened out our takings. Our highest income was just 148% of our average and our lowest was a healthier 47%. 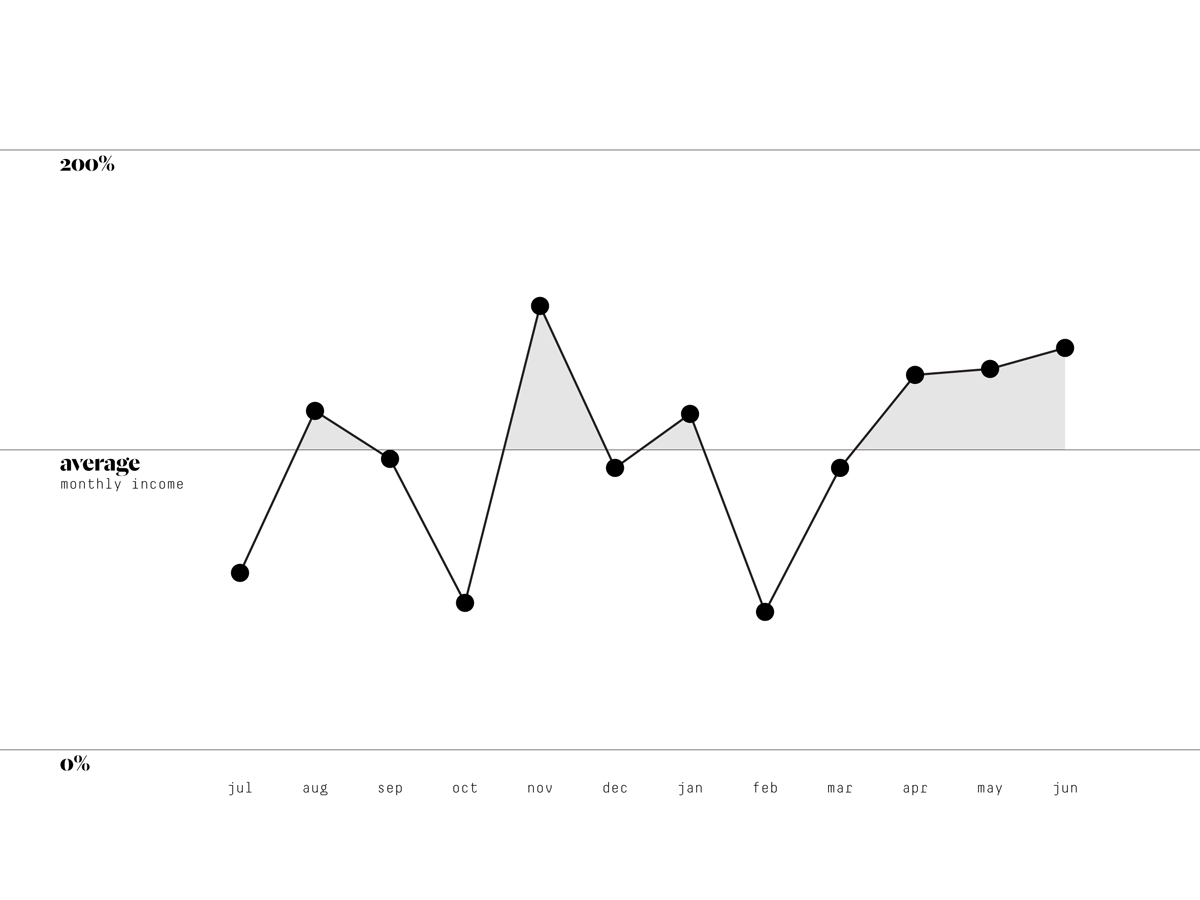 This graph looks much better to me. Remember, the average is much higher than our first year of work, and there is also less unpredictability. We went from 6 months of well below average income to only 3. Our peaks aren’t as exciting to look at, but they no longer need to offset really deep troughs. All great developments for the health of our business.

There are likely a number of factors contributing to this shift, but our approach to money is an essential one. Before, we did the work then calculated how much it was worth. Now we put the money first, and our project productivity second. We’ve been at it for 18 months and have found we’re far better equipped to keep our little beast happy year-round.

There is, however, a hitch. A big one.

To be continued soon in When the beast gets hungry.

7 thoughts on “Feeding the beast”