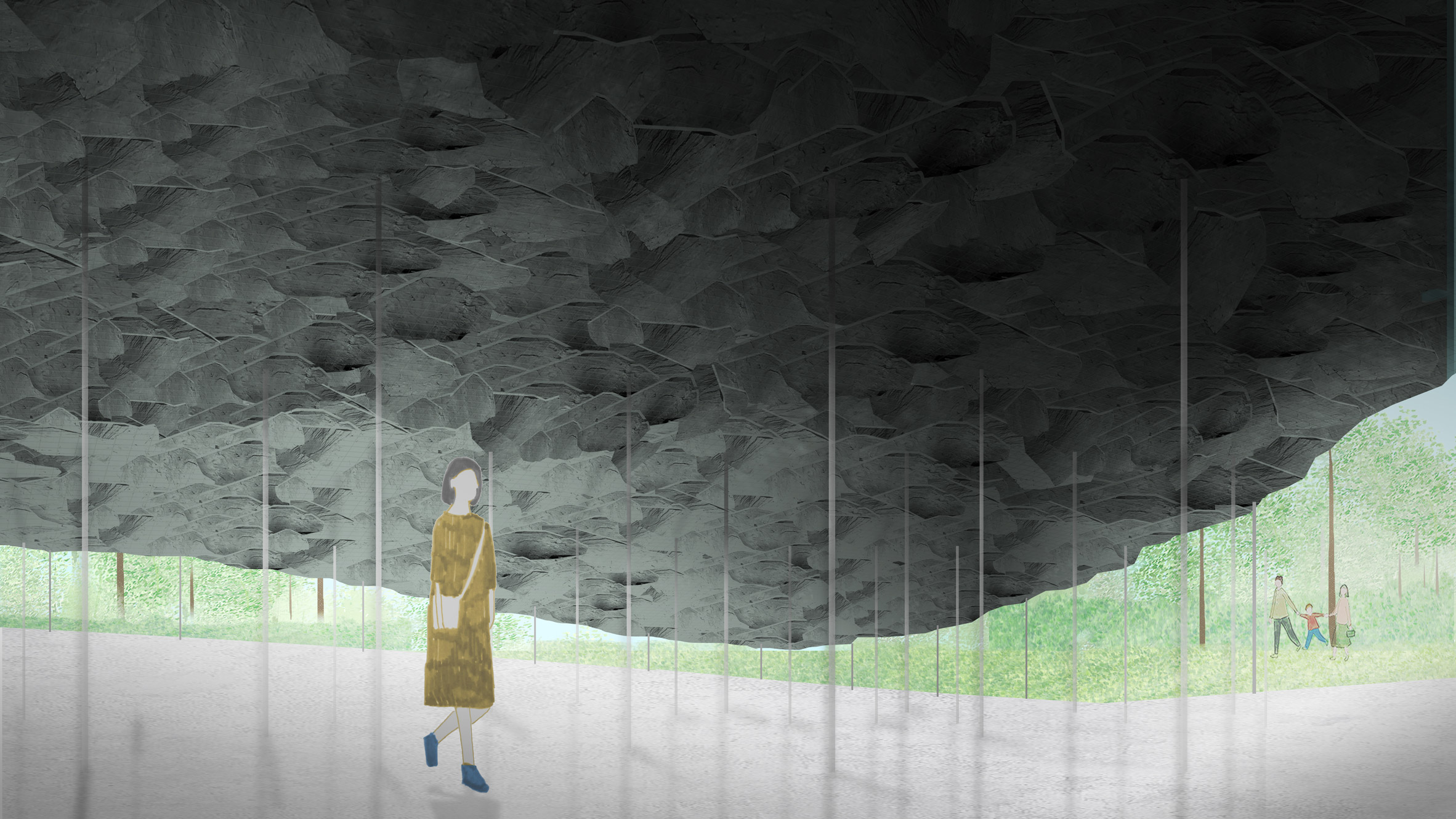 In March this year, stories on Dezeen and the Architects’ Journal revealed the existence of unpaid and gruelling internships at the office of Japanese architect Junya Ishigami.[1][2] A leaked email offer stipulated thirteen hour days and six day weeks, and required interns to bring their own computers and software.

The article was inspired by the #arch4all campaign by London designer, Adam Nathaniel Furman, who a couple of weeks earlier had started posting emails from starchitects offering unpaid internships onto his Instagram feed.

Ishigami drew particular scrutiny because of his design of this year’s Serpentine Pavilion in London, though other practices highlighted by Furman’s campaign included:

In the days that followed the Dezeen and Architects’ Journal articles, there were three immediate and very public consequences:

There was also plenty that didn’t change at all, in particular the brazenly unapologetic continuation of unpaid internships at Atelier Bow Wow and Karim Rashid:

Reflecting on his activism, Furman commented via phone interview that he’s pleased it has “cracked open the door on the issue of unpaid labour and hopefully made it easier to be discussed on campus and in job interviews.” But he also acknowledged the “Cosa Nostra-like secrecy” still surrounding pay conditions, and the ongoing allure of high culture architects who burn through staff and undercut their competition via shockingly unsustainable business practices.[8] 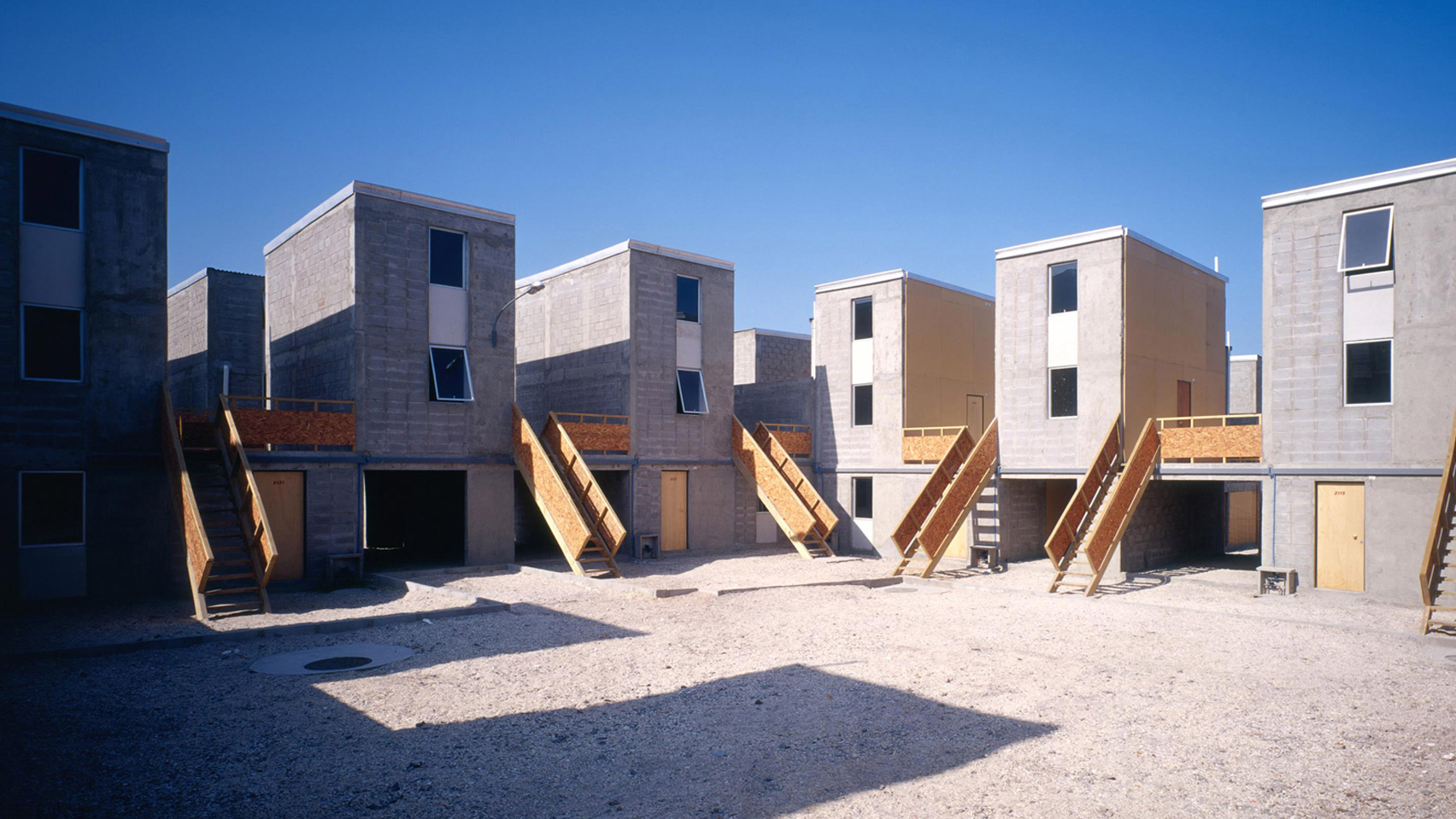 Haven’t we heard all this before?

Three years ago, Patrik Schumacher of Zaha Hadid Architects wrote an inflammatory op-ed on the entrepreneurial opportunities of Brexit, cheerfully suggesting that “unpaid or low paid internships have nothing to do with exploitation… they are mutually agreed exchanges.”[9]

Three years before that, Sou Fujimoto publicly defended the Japanese open desk tradition of using unpaid interns, describing it as a “nice opportunity for both the employer and intern.”[10] Proving that yes we have indeed heard all this before, Fujimoto was the architect of that year’s Serpentine Pavilion.

And that same year I published an article entitled, Why working for free is not okay. I acknowledged similar practices and attitudes to the above in Australia, examined the conditions that gave rise to them, and concluded that unpaid internships are illegal, unethical, exploit the young staff working for free, and damage the architecture profession as a whole.[11]

My article made reference to two important initiatives at the time:

The RIBA policy came equipped with the power to audit chartered practices and ensure “compliance with the requirement to prohibit unpaid internships.”[15] And Clements’ speech came at the pointy end of a growing awareness of, and impatience with, unpaid employment within Australian architecture. Both initiatives promised to mobilise real change.

But despite an incredible amount of attention then and regularly in the years since, and despite the role model offered by RIBA, rumours of unpaid employment continue to circulate. It’s clear that it’s not just an issue plaguing distant starchitects and their interns, but one that’s also systemic within everyday Australian architecture. 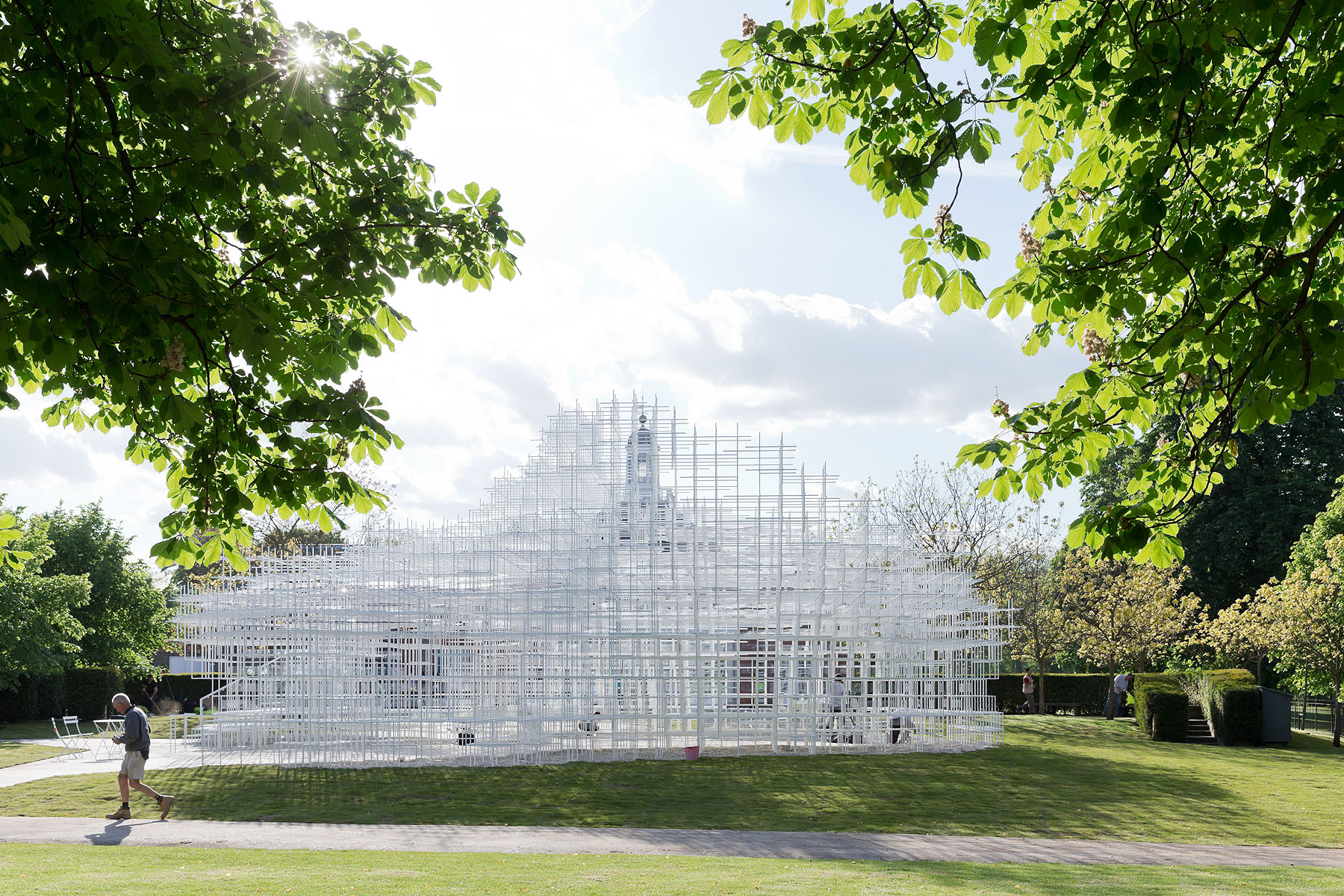 This article does not seek to revisit the ethical dimensions or broader industrial implications of unpaid labour, both of which I discussed in Why working for free is not okay. But with the compelling effects of Furman’s activism resonating in the pit of my stomach, a question has begun to nag at me:

If the world’s most celebrated architecture practices choose not to pay their staff appropriately, what does it mean that they continue to be celebrated?

Sofie Taveirne, a Belgian architect who spent six months working as an unpaid intern with Junya Ishigami, offers one possible answer: “I believe that architects like Junya Ishigami, if they offer unpaid internship positions, are not doing that for the sake of money. In my understanding they are artists with a great desire to realise radical beauty and thoughtfulness. They like to explore the limits of what man is capable of.”[16]

Yet Taveirne’s divorce of Ishigami’s artistic pursuits from his employment practices is impossible, as the former is only feasible because of the latter. By celebrating Ishigami’s art she is by extension also celebrating the exploitation of his interns.

Not that she’s alone: the profession lets pass without judgement high culture design competitions with inadequate prize money, and even those that explicitly encourage winning entrants to surrender their prize money to boost construction budgets.[17] Then there are any number of architecture conferences, media outlets, publications, exhibitions, awards programmes and Instagram feeds that extol the work and ignore the political economy of its production.

That we collectively celebrate architecture without understanding how it is produced is probably a sign of our era – who knows how anything is made these days? But consciously or otherwise, this means we are all complicit in exploitation.

Which of course is incredibly naïve.

The viral rise of the Me Too Movement within Hollywood has shown the world that using art to excuse bad behaviour can and should be a habit relegated to the past, and as Furman’s isolated example has proven, that the public outing of such behaviour can lead to positive change. Likewise, the recent scandal involving Melbourne chef, George Calombaris, and his forced repayment to employees of $7.83m in unpaid wages should serve as a warning that wage theft can have steep consequences.[18]

I think these moments across borders and industries have the potential to exert a powerful and permanent change on employment practices within architecture. But to achieve this, the issue of unpaid labour first needs to be reframed as a direct consequence of the way we define and measure success. 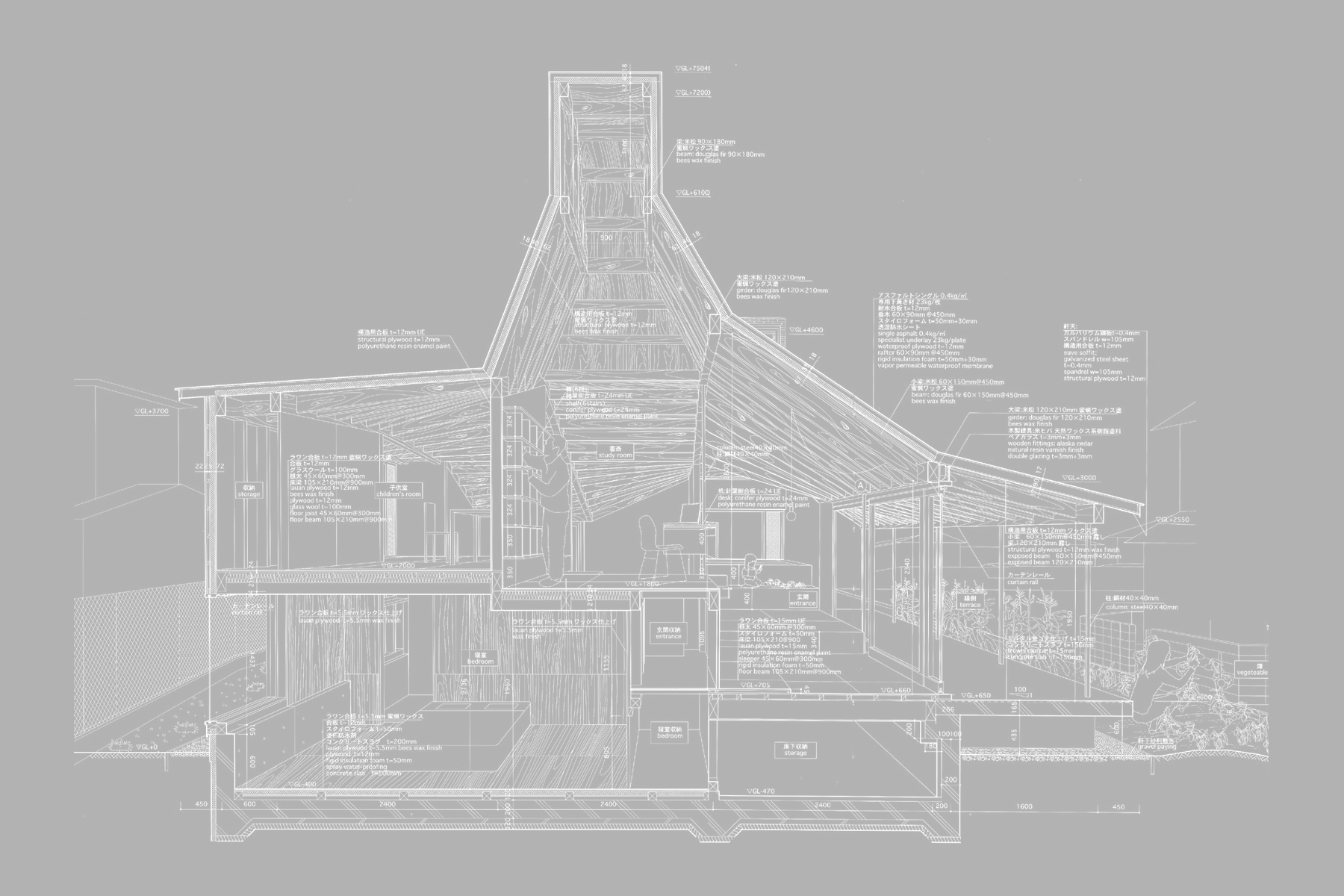 Success and the myth of meritocracy

Popular success in architecture currently means high culture, awards, press, invited competitions, speaking engagements, and half a million followers on Instagram. Based on the European archetype popularised by practices like OMA and MVRDV, it means research by design, relentless repetition, and a single-minded focus on each project that together result in an avalanche of content.[19]

While visiting Europe last year I had the good fortune to witness this vision of success firsthand, at the Fondation Cartier in Paris, which was exhibiting the work of one Junya Ishigami. I say good fortune, because the work on display was truly mesmerising. Drawings twice as tall as I am, models 20m long, time-lapse videos in forests. But as I wandered from one wonderfully outrageous display to the next, I kept asking myself how in the world any architecture practice could afford to produce it all.

Ishigami’s work stupefied me in both its brilliance and its abundance, and startled me with the impossible economy of its production.

Though this expression of architect-as-auteur is reserved for a vanishing percentage of the global profession, the everyday architect’s belief in personal sacrifice is alive and thriving. As detailed in the Parlour Guides to Equitable Practice, the widespread acceptance of long, mostly unpaid hours persists, revealing them to be an issue not just for young, transient interns but more senior, permanent employees also.[20] Embodied within this culture is the belief that long hours equate to merit: “they reflect a notion of professionalism based on athleticism, in which one’s pace and accomplishments exist to be bested.”[21]

The idea that long hours can be a stand-in for merit has been extensively criticised, including by an eloquent opponent of Patrick Schumacher’s anything-goes argument, who called it “a formula for aristocracy not meritocracy.”[22] But it’s reductive to argue that long hours and merit are mutually exclusive. More realistic is to recognise that both are often regarded as necessary ingredients of success.

As Dr Ian Campbell from the Centre for Applied Social Research at RMIT notes, “people want to exceed and there may be overt or covert sanctions for short hours. If you leave early you might find yourself overlooked for the next promotion, or you might attract derision from your colleagues or get a bad reputation. That’s a hallmark of a culture of long hours.”[23]

What follows is internalised pressure from employees who work long hours because they believe they are necessary for success, and external pressure that comes from the boss or co-workers to do the same. Then downstream, personal sacrifice is rewarded with extra work opportunities, promotions and pay rises. And it is reinforced when exploitative, high culture architecture practices receive the glamorous projects, the awards and the stardom. At both scales, architects of abundance succeed while less prolific competitors languish. A simple equation emerges:

It’s in this equation that I believe the current framework for success is defined. And via a self-reinforcing loop between individuals, practices, the profession and commissioning bodies, it is where the related seeds of self-sacrifice and exploitation are fertilised and sustained. The success equation may start at the largest of scales, in the selection processes for prestigious commissions like the Serpentine Pavilion, but it leaks inwards into the smallest, in the psyche of an architect who feels the pressure to get ahead. 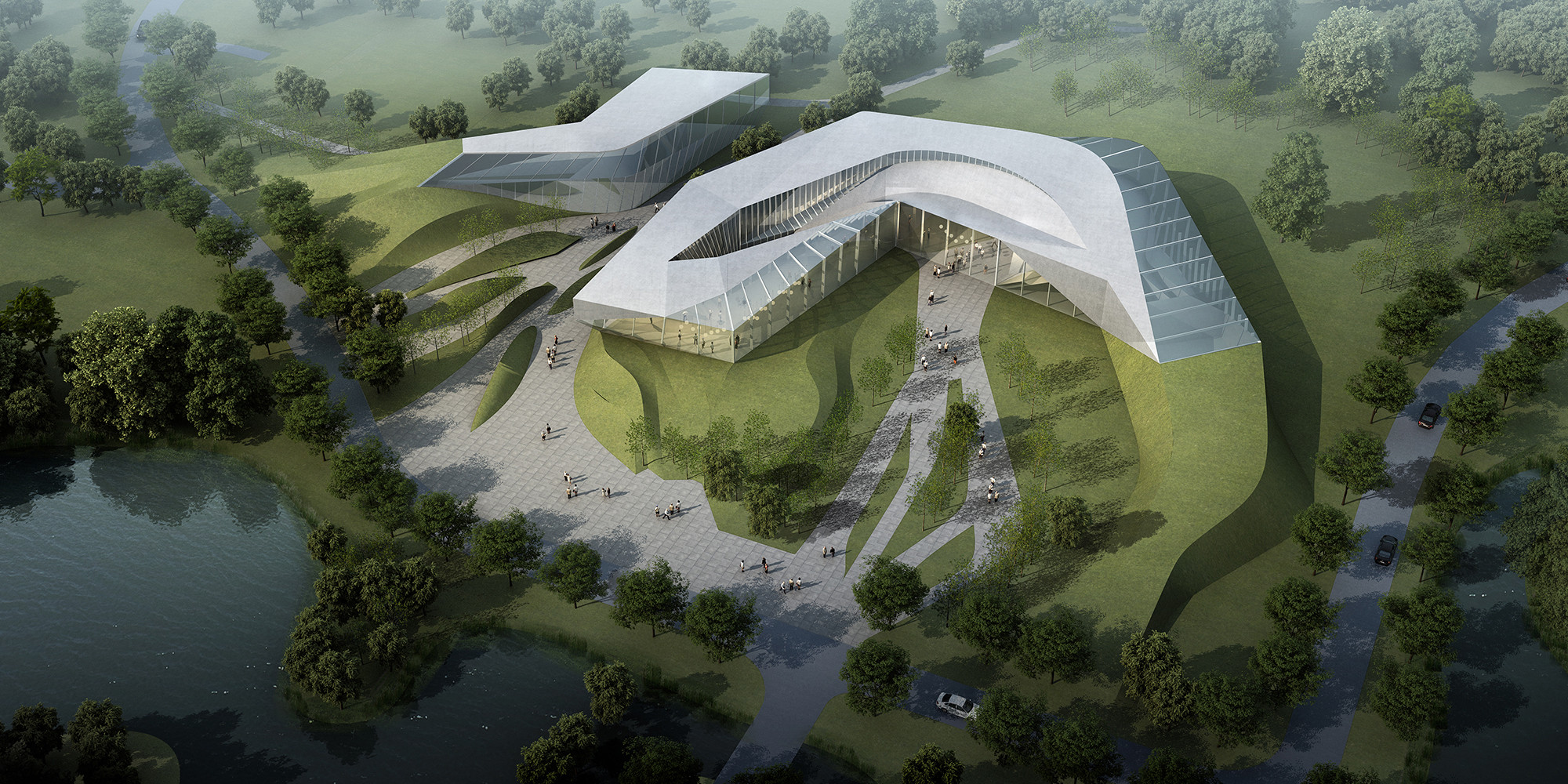 The canary in the coalmine

During our phone interview, Furman observed that unpaid labour is not an isolated issue but part of an extensive ecosystem of inequality that privileges the white, male, independently wealthy architect.[24] However, this aristocratic ecosystem and the success equation that drives it go largely unexamined, making it incredibly difficult to know exactly which architecture practices are the ethical employers and which ones aren’t.

Despite the lack of transparency around unpaid labour, there are other more visible failures of the success equation that reveal its impact on the architecture profession.

To start with, the excellent and ongoing research undertaken by Gill Matthewson for Parlour has quantified the prevalence of long hours in architecture (not necessarily unpaid). Despite declining over recent years, she has found that 40% of architects still work longer than the standard work week.[25]

Matthewson has also found that this burden is not shared evenly by men and women, with 45% of men but only 30% of women regularly staying back late.[26] She speculates that “parenthood strongly impacts the ability to work long hours, particularly for women… no doubt largely a result of the wider societal expectation whereby mothers are much more likely to reduce their hours to care for children.”[27]

This is of course just one of many disparities between the genders. For example, we also know that:

These measures are not necessarily tied directly to unpaid labour, but they indicate the presence of interrelated employment conditions lurking beneath the surface. This makes gender an excellent tool to interrogate the pervasiveness of other forms of inequality within the industry, and has established it as the canary in the coalmine of the broader inequality ecosystem. In essence: if there are women getting paid or promoted less at this or that architecture practice, it’s reasonable to assume that other forms of inequality are also at play. 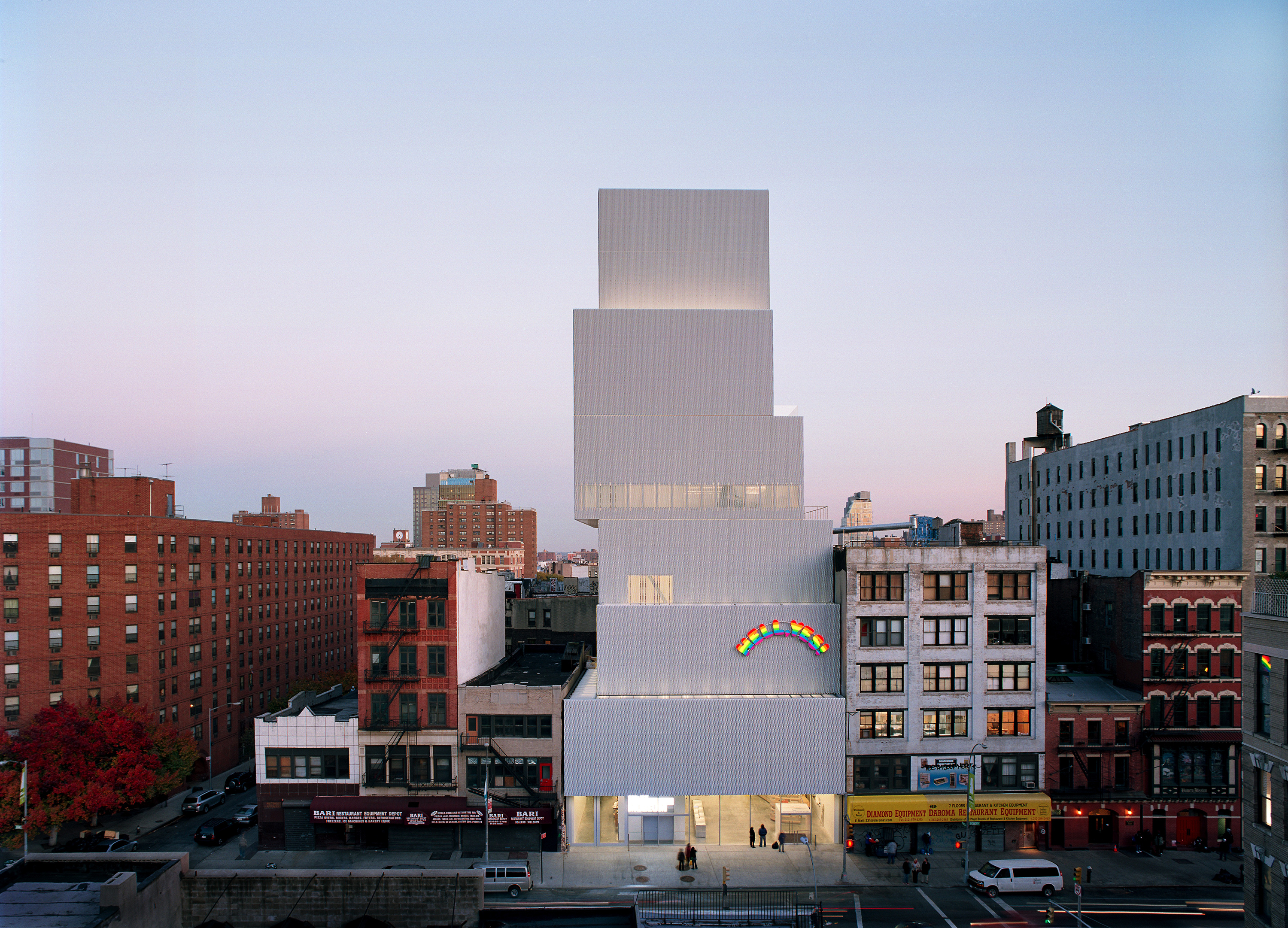 Junya Ishigami et. al. are famous and admired, and their work is brilliant and excessive. But both they and their work are the beneficiaries of exploitation, personal sacrifice and an aristocratic architectural profession that distorts participation by those who happen not to be white, male or independently wealthy. Theirs is a world where the pursuit of “radical beauty and thoughtfulness” justifies wage theft, or as candidly revealed by Anastasia Tikhomirova, a Russian architect who participated in Elemental’s now-terminated unpaid internship programme, where a single-minded commitment to architecture comes at the expense of a liveable wage.[31][32]

But what if success looked different? What if success meant a commitment to architecture between the hours of nine and five, Monday to Friday? What if it meant equal representation by men and women in senior roles, a decent workplace and decent wages, healthy careers and healthy lifestyles, strong projects and a strong commitment to inclusivity?

I propose that the architecture profession urgently needs to redefine success, and the way we measure successful projects, practices and people.

If we can do all this, we will reshape employment practices within Australian architecture for the better, and demonstrate to the world that an inclusive architectural profession is also a sustainable one.

The article is co-published with ArchitectureAU and Parlour.