This article is co-published with ArchiTeam.

Inspired by member interest, ArchiTeam decided last year to initiate a public outreach program that will advocate for architects and architecture.

I covered the broad context of this development here, exploring why ArchiTeam might want to take on such a challenging role. I observed that the built environment has many enemies plundering it for its riches, and that the architecture profession has a moral responsibility to not only produce that environment but defend it too. I concluded that a nimble and tightly knit organisation like ArchiTeam is perfectly placed to become the authority on issues around small practice architecture.

But there’s more to this story. How will ArchiTeam repurpose the skills it already has in order to undertake this new form of work? How will it develop an advocacy platform that remains authentic to the organisation’s mission and membership? And how can it engage in activities that promote not just architecture but architects too? 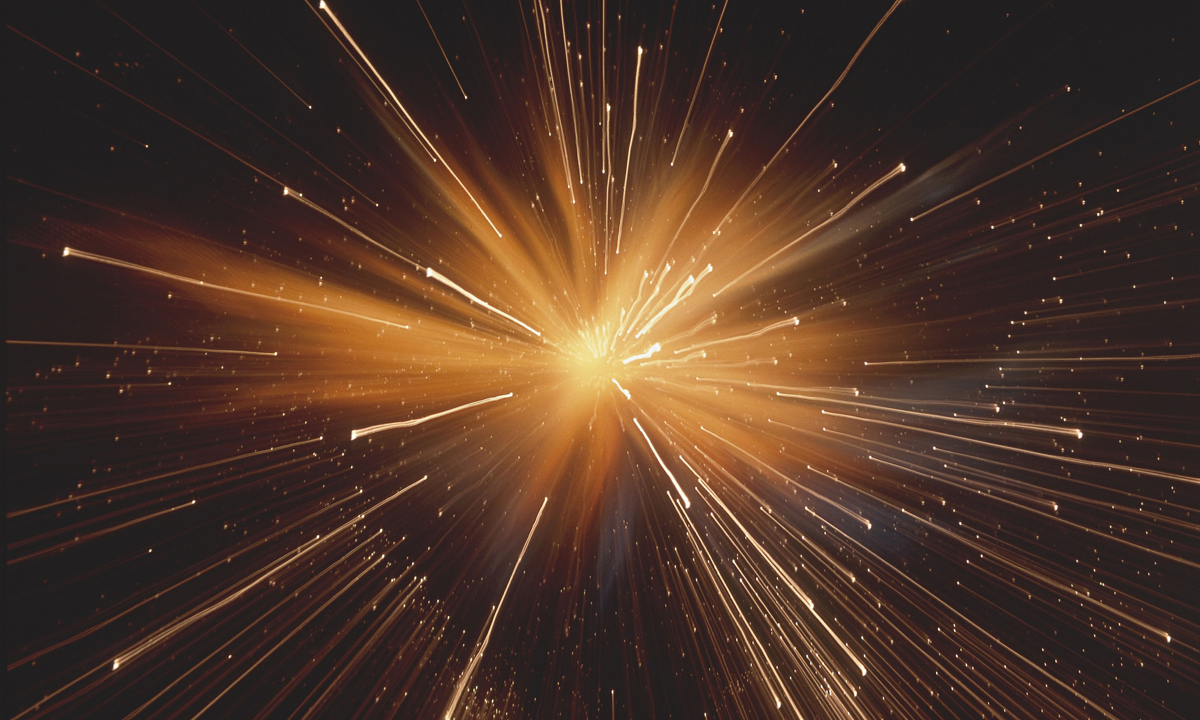 Let me start at the beginning

ArchiTeam was formed in response to the recession and associated building industry collapse in the early 1990s.[1] New legislation requiring all architects to carry professional indemnity insurance became a burden for hundreds of suddenly unemployed architects, so a buyers cooperative was formed to purchase that insurance more cheaply.

As the years passed, and the economy shifted from bust back to boom, ArchiTeam took on additional roles. In 2003 it started sponsoring professional development events, in 2005 it launched an awards programme, and in 2009 it commissioned a series of practice management tools.[2] Most recently, a simple Facebook forum has evolved into a rich and utterly invaluable resource for knowledge sharing between members.

When the subject of advocacy came up at the 2015 ArchiTeam AGM, and received strong support from those members present, it was a natural step for the board to add advocacy to their activities portfolio. Fast forward to June last year, and ArchiTeam director Zoë Geyer returned to the membership with a simple survey, asking us to choose between three possible courses of advocacy action:

It came as no surprise that option 2 was the overwhelming favourite, receiving twice the votes of options 1 and 3 combined.[3] To my mind, this signalled implicit agreement amongst members about the value ArchiTeam might bring to advocacy work.

Indeed, the desire to engage with the public and promote the role of the architect is consistent with the DNA of ArchiTeam itself. At heart a grassroots organisation, we are a gathering of like-minded people interested in cooperation. We comprise architects working predominantly with home owners, a subset of the broader community not generally well acquainted with the architectural process. We are pragmatists and already positioned at the coalface of public engagement.

Demystifying architects and promoting architecture to the public simply scales up the advocacy work we do on a daily basis, spreading the good word client by client. A formal advocacy programme will, I think, be an exciting opportunity to strengthen and expand latent skills that already exist within the ArchiTeam membership. 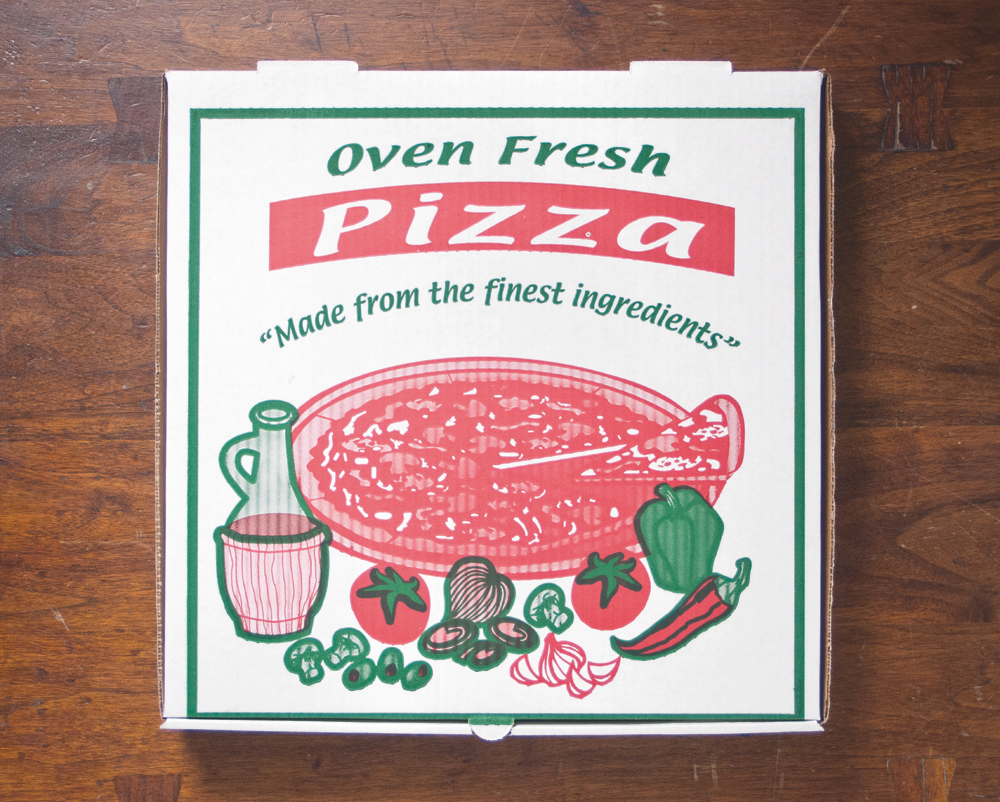 Armed with a mandate, a modest budget, and a dozen or so architects willing to attend a monthly series of workshops, Zoë convened the advocacy working group in July last year. Its task was to nut out how best to tackle ArchiTeam’s own brand of advocacy, and had six meetings over the second half of the year to do so.

I was one of the members who volunteered to join the group, and was keen to discover what magical ideas might emerge from two hours of conversation around some steadily emptying pizza boxes. Privately, I was also curious to see whether a bunch of forthright architects could possibly reach consensus on anything.

Indeed, our first meeting was equal parts inspiring and bewildering. Zoë requested each of us to introduce ourselves, and share examples of successful advocacy either within architecture or beyond. I was amazed by the diversity and strength of ideas that flowed: from pushing opinion pieces into local papers and encouraging members to join local traders groups, to revisiting Robin Boyd’s Small Homes Service and collaborating with Open House Melbourne.

Yet despite brisk and efficient moderation, by the time the introductions were finished so were our two hours. Let me repeat… Our. Introductions. Consumed. The. Entire. Meeting.

There were eleven people sitting around the table that evening and at least twice as many ideas. Many of them had merit, but they were impossible to compare. Some would require time and resources, but had potentially huge impact. Others were less ambitious, but would be quick and easy to execute. Some exploited members’ strengths, others were way outside our comfort zone. I wondered, How can we choose between them?

The working group met again in August for a second workshop, one that aimed to drill down into the grand statements of the first, into the how of ArchiTeam’s advocacy programme. But despite best intentions, the discussion became mired in familiar frustration.

If the first workshop had been uplifting, full of hope, the second was dogged by helplessness. Architects are so damn important, so why doesn’t the rest of the world care? Tackling such an impossible challenge loomed immutably, as though we were trying to shift a mountain one pebble at a time.

It dawned on me then that an elephant had joined us in the room, as familiar as the conversation itself. Architects are trained to be excellent at many things, which erroneously leads us to believe we are excellent at all things. Business, marketing, graphic design, lobbying, advocacy, you name it, we think we can do it ourselves.

If consensus were the goal of the advocacy working group, an expert was needed to help us get there. We needed structure to our conversations, and help from someone who could coalesce our varied ideas into something both meaningful and actionable.

Fortunately, I had seen someone do just this once before. During my involvement in the Liveable Yarra initiative by the City of Yarra’s strategic planning department, I witnessed as community engagement specialist Capire corralled 60 people towards a series of shared outcomes. Perhaps this was what and who we needed.

So we met with Capire and listened as they unpacked the ambitions for our working group. We discovered they could help moderate our workshops, keeping them on topic and on schedule, and use their impartiality to extract key insights. More importantly, they would facilitate a deep conversation about advocacy, connecting it to ArchiTeam’s mission statement and core values.

The working group’s budget would have stretched to a lot of pizza, but this was better. We signed them on. 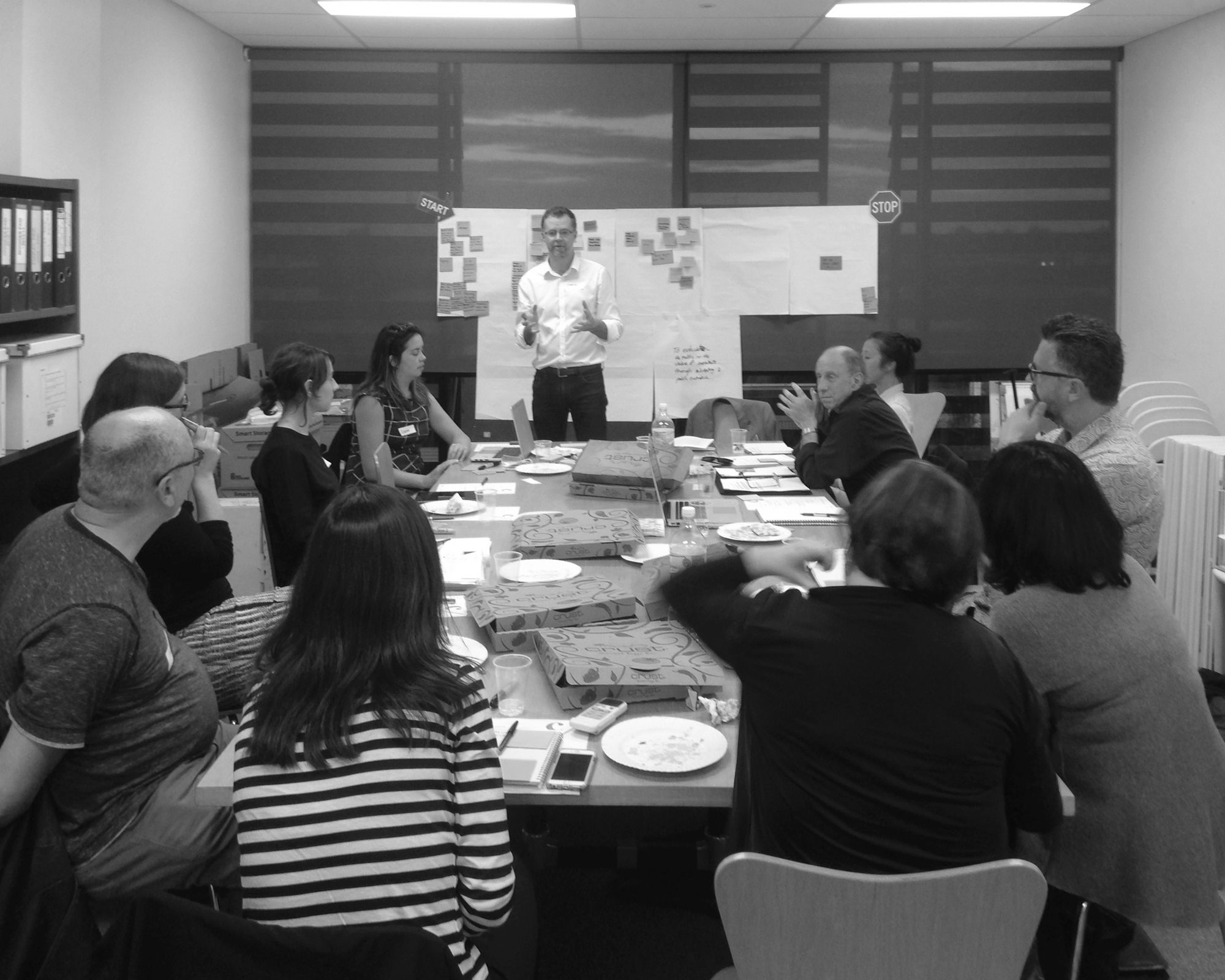 Capire ran two workshops for us in November, and helped us articulate the shape that successful advocacy might take. As a group, we acknowledged that ArchiTeam’s advocacy work will need to survive beyond the individuals involved today, and we fleshed out the beginnings of a framework that future advocacy committees can use to sort through diverse advocacy possibilities.

Getting to the nuts and bolts of this framework is in some ways the whole reason for these articles on advocacy, and I’ll discuss it in detail in my next (and final!) instalment, but I first want to reflect on an important insight the Capire experience offered.

Chris Robinson, the founder of Capire, asked whether the point of advocacy is to convince the public that architects are worthwhile. Perhaps this is possible, or perhaps our fact-resistant era will prove that no one can be convinced of anything anymore. An alternative philosophy, Chris suggested, might instead be to work to add value to people’s lives and allow them to discover our merit for themselves.

ArchiTeam is a cooperative, with 25 years experience in helping architects help themselves. Treating advocacy as an opportunity to give to the broader community, to add value, is an authentic extension of this mission. What’s more, giving tackles both sides of the advocacy equation: it is altruistic in its fundamental intent, and entrepreneurial in its possible effects. 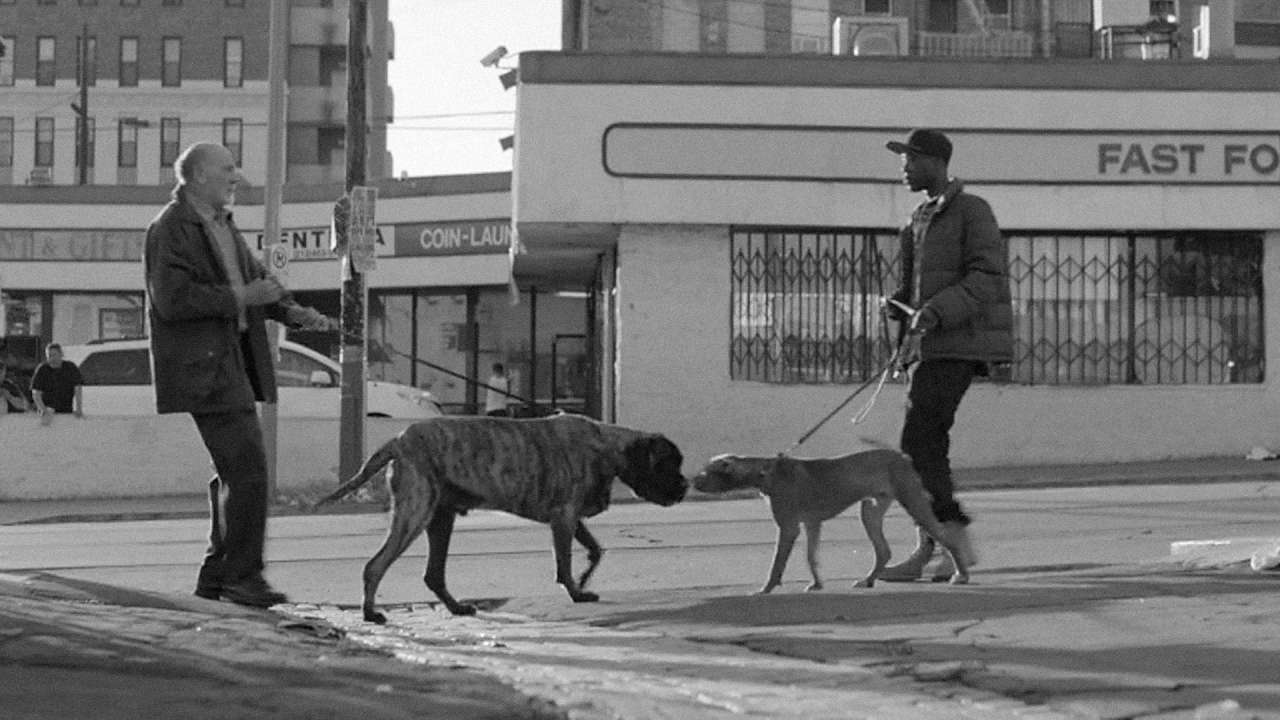 History is littered with organisations that have nailed the balance of this equation, and often transformed their industry in the process.

Since their 2007 advert that replaced happy, glossy dogs bounding through fields with their sadder-looking cousins languishing behind bars, Pedigree have run their evolving Dogs Rule campaign.[4] That first ad ended with the promise, “When you buy Pedigree, we make a donation to help shelter dogs find loving homes.” It was an instant hit, and in just two days raised $500,000 in pledges to dog shelters.

Over the past 10 years, engaging at this “emotional level with consumers has been most successful for Pedigree. When we moved from direct product messaging to sharing our brand beliefs through adoption, we saw a 40% increase in advertising effectiveness.”[5] The Dogs Rule campaign is both altruistic and entrepreneurial: it helps unwanted dogs find new homes, and it leads to more dog owners who need to buy dog food. 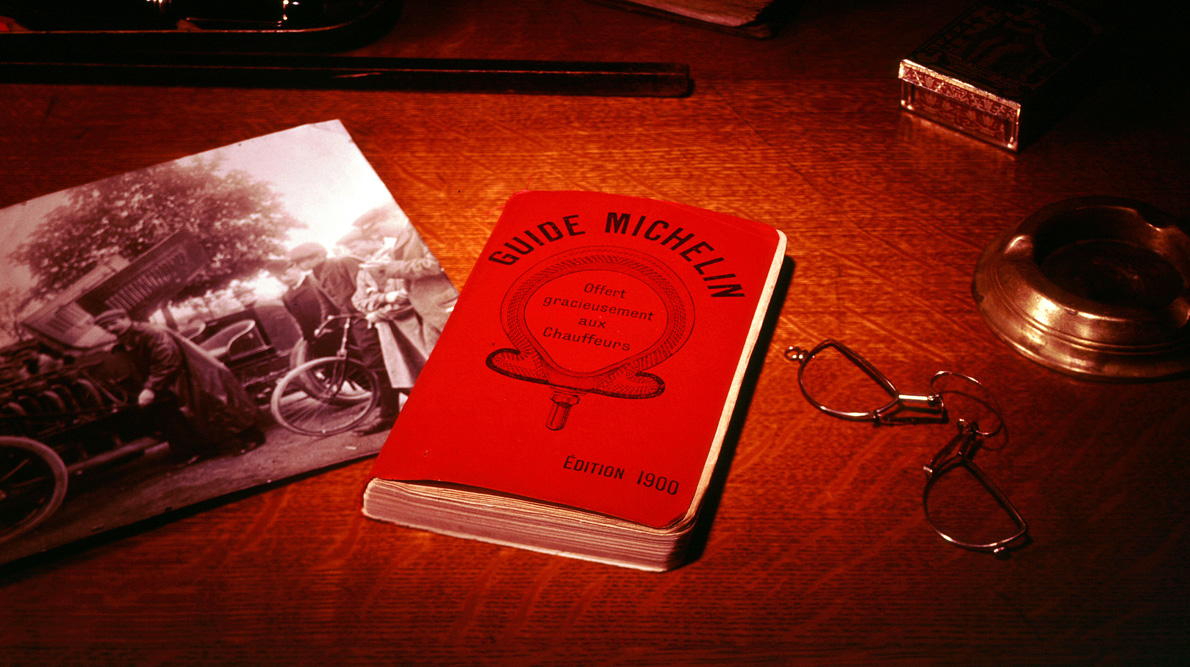 Another example (and my favourite) is the Michelin Guide. While most people are aware the guide is an annual catalogue of the world’s best restaurants, few realise that it’s not published by a travel bureau or group of food critics, but by the Michelin Tyre Company.

In 1895, when the Michelin brothers invented the world’s first air-filled tyre, France had only around 350 cars. Though the car was invented 10 years prior, automobiles remained a rare luxury, “rich men’s toys… unable to stray very far from the vicinity of a reliable car show.”[6] With exceptional foresight, the brothers understood that directly advertising their new tyre would not be much use. Instead, they created a guidebook that would encourage people to travel more, drive more, and thus buy more cars.

In the late 19th Century, driving was a precarious activity. Highways did not yet have street lights, petrol stations did not exist, and only a fraction of mechanics remained open beyond the end of summer. So in addition to listing restaurants and hotels around the country, the guide helped ease the pain of driving. It included timetables that listed when the sun set, maps of pharmacies that sold petrol, and opening times for mechanics. The brothers also lobbied hotels to provide parking spaces and governments to put up road signs, and used advertising campaigns to promote the car as a new way of life.

As we well know the car soon became ubiquitous, and both the Michelin Guide and Michelin Tyre Company have thrived for over a century.

There is an invaluable lesson in this and the Pedigree stories: typical consumer advertising might have helped each organisation grow their slice of the pie, but working to nourish the bigger picture helped them grow the pie. The Michelin brothers promoted travel to sell tyres, and Pedigree promoted dog ownership to sell dog food. In both cases, they worked simultaneously to help the community, their industry and themselves.

I believe ArchiTeam can do the same for architecture and architects.

The Capire experience made me realise that there’s great power in giving generously, of utilising the skills of ArchiTeam members to contribute to our local communities. This is an advocacy pathway that is simultaneously for the greater good and for the good of architects, both altruistic and entrepreneurial.

What’s more, it will engage the imaginations of the membership, will remain true to the grassroots qualities of our cooperative, and will result in tangible benefits to the built environment. It will also establish enormous goodwill within the communities that we assist, and position ArchiTeam as the facilitator of positive action and authority in small practice architecture.

Stay tuned for one more look at what ArchiTeam is doing and will do to achieve greatness.